This post includes a brief plot summary, an explanation about the ending of the film Young & Beautiful / Jeune & Jolie (2013) and a character analysis of Isabelle. Beware of spoilers.

Isabelle is a 17-year-old on a summer holiday with her family in the South of France. There, she meets a boy named Félix and loses her virginity to him. Disillusioned with the experience, she starts a double life and becomes a prostitute.

One of her clients, George, dies of a heart attack while they are having sex. Isabelle panics and leaves the hotel room. Later on, the police informs Sylvie (Isabelle’s mother) about the incident. Furious, Sylvie slaps Isabelle repeatedly. However, she regrets her actions and apologizes to Isabelle.

The police takes Isabelle’s statement. According to her, everything started with a man trying to offer her money in exchange for sex. At first, Isabelle refused. However, after some thought, she accepted. From there on, Isabelle became increasingly interested in meeting up with other clients. Therefore, she set up a website and bought a second phone (just for clients).

Although, Isabelle left George in the hotel room without informing the authorities, the police will not charge her because she’s still a minor. Nonetheless, Sylvie will keep the money.

In order to understand what happened, Sylvie takes Isabelle to a therapist. Meanwhile, Isabelle suggests paying the sessions with the money that she earned. Her mother opposes to the idea, but the therapist agrees with Isabelle’s suggestion.

After George’s death, Isabelle stopped seeing clients. She is now working as a babysitter and dating a boy named Alex. After having sex with Alex, Isabelle tells him that’s over.

Single again, Isabelle activates her other SIM card and checks for messages. At the same hotel, where the incident happened, Isabelle meets up with Alice (George’s widow). She found her on George’s address book.

Alice compliments Isabelle for her beauty and tells that she’s not guilty of George’s death. He was already ill and Alice knew he was seeing other women. They walk together to the room and fall asleep together. In the end, Isabelle wakes up more relieved.

Why did Isabelle stopped seeing clients? And what does the ending scene at the hotel mean?

First, Isabelle didn’t stop her illicit activities because of shame. Actually, she was ashamed but it wasn’t for sleeping with men in exchange for money. Isabelle felt responsible for George’s death. If she didn’t have sex with him, maybe he wouldn’t have died. That’s what she thought. However, George wasn’t in the best shape, he had chronic illnesses.

When Isabelle met Alice, she was finally able to understand what happened. Isabelle learned that George had health problems. Therefore, she didn’t kill him, he would have died eventually of something else. In addition, the fact that Alice doesn’t despise her and understands why she prostitutes herself, made her feel more relieved.

Reality hit Isabelle, when George died. Due to their frequent encounters, George end up being a little bit more than just a client. Isabelle started seeing him as someone’s father and husband. So in a way, when George died, she felt guilty for “taking him away” from his daughter and wife.

What about Alice? What did she get from meeting Isabelle? She got to see who was the last woman that George slept with. Alice knew about the affairs, but didn’t do much about them. By the way, George might have a type: his wife. The melancholic eyes gave it away. So, it’s ironic how even when George is cheating on his wife, he’s looking for someone that looks like his wife.

The ending scene at the hotel room is the closing of a cycle, there’s no more mystery about George. Alice and Isabelle now know about each other and they are getting along surprisingly well, given the circumstances that brought them together. Without the guilt, Isabelle wakes up more relieved, hence the jolly face.

Why did Isabelle do what she did? What led a 17 year-old girl from high-middle class to prostitute herself? It’s easy to label Isabel as a degenerate, just like her mother did, but it’s not that simple. Let’s play the devil’s advocate here.

So what was Isabelle’s crime? Charging money for sex? Taboos aside, what’s so wrong about that? Isabelle is at a weird age where she is not a girl, but not yet a woman. She’s somewhere in between. There are a lot of things that she’s still curious about, namely sex. However, Isabelle is not interested in the mechanics of sex, but the fantasy behind it: having someone to pay to be with her. For instance, Alice as an older woman understands what Isabelle is doing and doesn’t reprimand her for it. As a matter of fact, she said herself that she would’ve done the same only if she was younger (and bolder).

Many might blame Isabelle’s behaviour on daddy’s issues. Her parents divorced when she really young and Isabelle rarely sees her father. However, why is it so difficult to accept that Isabelle just wanted to experiment with different sexual partners and get paid in the process? Her first sexual experience, wasn’t much. In addition, Isabelle didn’t sleep with Félix because she liked him, she just wanted to get ride of it (her virginity).

Charging for sex is not immoral, it’s a social construction. If sex was a service, wouldn’t make sense to make people pay for it? By the way, prostitution was the perfect way for Isabelle to sexually experiment with several people and remain anonymous. Other than her clients, who would know that she was sleeping with that many people? Isabelle is a smart young woman, but she got caught.

At the end, Isabelle has no regrets about prostituting herself, that’s why she reactivates the other SIM card. Typical teenagers are into flirting, dating and partying, but that’s not Isabelle’s cup of tea. She prefers to charge people that want to be with her. However, after George’s death, Isabelle does try to have a regular life. For instance, earning money thought a regular job (babysitting) and having a boyfriend (Alex). However, she becomes instantly bored with Alex once they have sex. In Isabelle’s mind, sex and love are not connected. Ironically, the closest thing to dating that Isabelle had, might’ve been those encounters at the hotel with George. That’s why she was so devastated with George’s death.

Young & Beautiful / Jeune & Jolie is a film that pushes people’s buttons. First of all, the protagonist is a prostitute and a minor. Second, Isabelle doesn’t seem to have any regrets about being a prostitute. The only thing that really upset her during the whole ordeal was George’s death.

Another theme that Young & Beautiful explores is women’s general fear of other beautiful women. Let’s take the reaction of other female characters such as Sylvie and her friend as an example. When they discovered Isabelle’s double life, they were horrified. First, they were shocked. Then, they were disgusted. Basically, they separated Isabelle into two: the child and the woman. They are okay with the child, because she’s innocent and innocuous. However, they are terrified of the woman. This grown-up and sexualized version of Isabelle is dangerous because it can take their man away. A simple conversation and ride to home can turn into a sexual encounter. That’s what they thought.

Sylvie’s mother is one the biggest hypocrites in the story, she condemns Isabelle’s decisions, yet she’s a sinner herself. In her mind, Isabelle is an ungrateful brat. Though, did it ever occur to her that Isabelle is the way that she is because of her two failed marriages? Sylvie divorced her first husband and is now cheating on her second husband. What kind of morals does she have to call her own daughter a whore? Isn’t she the immoral for sleeping around? Maybe, Isabelle’s moral compass is better than hers, at least she doesn’t try to pretend to like someone that she doesn’t.

So, will Isabelle start seeing clients again? Probably. Alice was a client, but she didn’t pay Isabelle to have sex with her, she just wanted her company. Isabelle didn’t learn her lesson, because there was nothing to learn. This is what happened: Isabelle wanted sexual variety and she wanted money, for fun not because she needed it. In addition, Isabelle is Young & Beautiful, she charges because she can.

Overall, Young & Beautiful is a very polarizing film, some people will view Isabelle the way her mother does, others will be less judgemental, like Alice. Having said that, the film raises a lot of interesting questions, often censured because of personal biases. 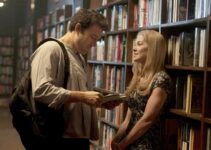 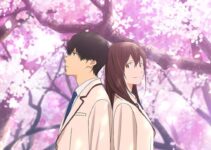 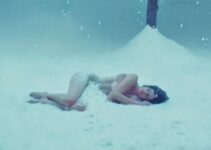