Home
CULTURE
Society’s Obsession With Success: “Too Afraid To Fail”

Let me just put it out there: society’s obsession with success is making us miserable! We’re all taught since an early age to be the “best” or at least achieve something in life. However, this seemingly “good” advice is hurting us in more ways than you think. Isn’t it ironic? We all strive for success, but that quest is not necessarily making us happier. Having said that, what’s the point? Are we looking at “success” through the right lenses?

First of all, where does this obsession with success come from? Personally, I believe it’s mainly a first world problem. In addition, the increase of life expectancy is playing a huge role in this as well. Just think about, if you live a 100 years, people expect you to achieve something during that time span. Why? Because technically you had enough time to achieve something. And you know what? That puts a lot of pressure on a human being.

When you hear all these success stories, have you ever noticed any common threads? It always evolves either money, fame or beauty. And that’s how society defines “success”. You’re winning in life when you have one or all of the above. No wonder, people are always chasing and fighting hard to obtain money, fame or beauty.

But what if someone told you that all of the above are just shiny objects that won’t really bring you true happiness? What if “winning” in life means knowing how to be simple and being content with simplicity? There’s a reason why less is more: simplicity is beauty and it allows us to focus on things that are really important in life. As I said before, chasing shiny objects is like chasing a beautiful illusion. It won’t get you where you want to be.

Our Beliefs About Success

By the way, there are so many beautiful films that touch upon this particular subject. As a matter of fact, there’s this Korean film that I’ve watched recently called the “Little Forest” by Yim Soon-rye, which I found very pertinent to our subject matter.

The premise of the film is very simple, it’s about a young woman that quits her “city life” and returns to her mother’s house in the countryside. Her goal was always to live in the big city, but once she got “there”, it did not meet her expectations. After a while, she decides to return to her home town. During her stay, she learns more about herself and what she wants in life.

Now, what’s the message behind “Little Forest”? My personal take on it was: when you let go, you get more. In other words, letting go of preconceived notions about how your life should be, will set you free. As I said before, there’s beauty in simplicity.

Success Is An Attitude

Can you quantify success? Personally, I don’t think about success as something that you can measure, I rather think about it as an attitude. Things like wealth and other material goods are indeed quantifiable. However, are they synonym of success?

What I’m trying to say is: success is whatever you want it to be. You are the only one who has a saying whether you’re successful or not. Why? When you have the right mindset, you’re not playing by rules, you’re the one setting the rules. Everything is relative and that’s the most powerful perspective that you can have on life.

The main character from “Little Forest” thought that everything she ever wanted was outside of her small village. However, when she came back, she realised she had everything in that “little forest”. Having said that, not everything in life is about “winning”, it’s actually about “being”. As a matter of fact, when you learn how to just be, you’re are actually winning in life. 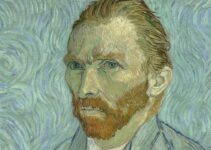 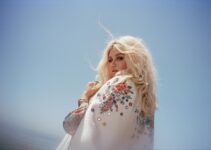 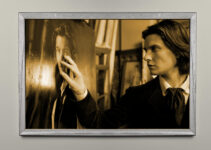