This post includes a brief plot summary and an explanation about the ending of the film Shrew’s Nest / Musarañas (2014). What was Montse’s problem?

A dressmaker (Montse) never leaves her house. Niña (Montse’s younger sister) is the one running the errands for her sister.

One day, a man named Carlos (the upstairs’ neighbour) knocks on Montse’s door. The man has a broken leg. He passes out before the dressmaker could ask him more questions. Without knowing much about him, Montse drags Carlos inside her home together with his belongings.

When Carlos wakes up, Montse lies to him. She tells her neighbour that a doctor stopped by to treat him, but no one came. Instead of providing the man with the proper medical care, Montse keeps giving Carlos morphine to ease the pain.

As time passes, Niña and Carlos become more acquainted. The young woman warns Carlos that her sister is dangerous and that he shouldn’t trust her. Despite of Niña’s concerns, Carlos decides to stay because he’s actually “on-the-run”.

Montse’s feelings for Carlos intensify and she even asks whether he feels the same. Carlos calls out Montse on her lies which triggers another psychotic episode for the dressmaker.

While wandering in Carlos’s apartment, Niña stumbles upon the man’s pregnant fiancé (Elisa). The woman asks Niña about Carlos whereabouts and she tells him that he is in her apartment. Elisa knocks on Montse’s door and demands to see Carlos.

Before Elisa could take Carlos out of the apartment, Montse attacks the pregnant lady with a sharp object and she bleeds to death. Meanwhile, Carlos tries to escape but Montse drags him back to the bedroom.

When Niña returns to the apartment, Montse pulls her aside and makes a shocking revelation: their father did not abandoned them. Montse reveals to Niña that their father abused her for several years. Afraid that he might do the same to her younger sibling, Montse murdered her father with rat poison.

After her father died, Montse hid his body inside the apartment, hence, no one could find him. Niña is in shock and threatens to call the police. Her words angry Montse who slaps her in the face.

Niña checks upon Carlos to see if he’s still alive. In order to hold him captive, Montse sew Carlos wounded leg into the sheets.

The very next day, Montse meets up with Dona Puri and her niece. During their conversation, Carlos shouts for help. She storms out of her atelier and knocks Carlos unconscious. Meanwhile, the two guests find Elisa’s severed torso: it was being used as a mannequin.

Both Dona Puri and her niece try to escape but to no avail, Montse ends up killing them. Niña witnesses for the first time the horrific crimes that Montse has committed. Out of fear, she locks her older sister in the atelier.

Niña rushes to Carlos’s bedroom and pulls him out of it. While the younger sister is dragging Carlos through their hallway, Montse breaks out the room and attacks Carlos. The two sisters get into a gruesome fight and Niña ends up stabbing Montse with a kitchen knife.

Before Montse bleeds to death, the older sister lets Niña know where she hid their father’s body. In addition, she also reveals that Niña has one picture with her mother.

While looking for her father’s hidden body, Niña finds a picture of Montse holding her as a baby. This is the moment, when Niña realizes that Montse is her biological mother.

After pulling Carlos out of the apartment, Niña comforts her mother during her final moments.

So, there are mainly two shocking revelations made towards the end of Shrew’s Nest: first, Montse murdered her own father and second, Montse is actually Niña’s biological mother.

The ending of Shrew’s Nest lies in the small details. Niña’s mother did not die during childbirth as she was told. It was a lie that Montse and her father fabricated to justify her “existence”. Just to recapitulate, the father started to abuse Montse after his wife died.

Seeing her father being overly attentive to Niña, drove Montse over the edge. By the way, she didn’t kill her father out of jealousy. As a victim of sexual abuse, Montse was afraid that her father might hurt Niña too. Therefore, out of despair, Montse ends her father’s life by tampering his food with rat poison.

Montse’s final confession to Niña is the plot twist that no one saw it coming. It took her a while to confess to Niña because she felt too ashamed about the truth. After seeing the picture of a young Montse holding her as a baby, Niña realizes that she is her biological mother.

That explains why Montse is so overprotective of Niña, because she is indeed her child. In addition, not to justify her erratic behaviour, but even when Montse hurts Niña she never intended to put her life in danger.

A mentioned before, there a lot of small details in Shrew’s Nest that tie the film altogether. For instance, Niña is not the young girl’s real name. “La Ninã” means the “little girl”. Throughout the film, Montse and others use endearing terms such as “niña / little girl” and “cariño / darling” to call the young lady but they never mention her real name.

Second, the liquid that helps Montse sleep is actually morphine. Doña Puri’s husband is a doctor and the couple is aware of Montse’s condition. The film’s tone hints that Doña Puri is providing morphine to Montse illegally, hence her hesitance to give Montse more when she asks for it. However, Doña Puri ends up giving into Montse’s request in exchange of a free dress for her niece.

What was Montse’s problem? Though, it’s never clearly stated in the film, it seems that our main character suffers from agoraphobia. In this case, the thought of even leaving the apartment (a safe space) makes Montse feel extreme levels of anxiety.

Sometimes when an individual challenges their own agoraphobia, it can induce high levels of stress causing panic attacks. When Montse tried to step outside of her apartment, she literally felt sick from the experience and started throwing up on her floor.

Now, is Montse a victim… or a monster? Perhaps both. She is first a victim. The poor woman endured years of sexual abuse from her father, which made her have very twisted views regarding sexuality and love. Those dark times pushed Montse to the edge and turned her into someone who is capable of horrific acts of violence.

Why did Montse keep Carlos in her house? The real tragedy is that Montse is an adult woman who has never experienced any type of intimacy with another person: man or woman. So, she saw Carlos as a small glimpse of what her life could’ve been without all of her current problems: agoraphobia and past trauma.

The feelings that Montse was developing for Carlos gave her hope of a better future, but sadly, things didn’t quite turned out the way she wanted to. Instead, she made Carlos her hostage and ends up almost murdering him too.

There are two sides to Montse. On one hand, she appears to be a fragile and caring woman. Then, there is the “other Montse”: oppressive, deceitful and violent. Deep inside, Montse loves Niña but sometimes she shows it in a very disturbing way. Montse often shows her “concerns” by punishing Niña and using violence against her.

A similar pattern can be seen in the way how Montse treats Carlos. At first, she super caring and doing the most to attend his needs. But when Carlos rejects her feelings, she went “berserk” and refused to let him go. In other words, Carlos is no longer a guest in her house, he is now a hostage.

Despite of her flaws, Montse is a very tragic character. She was a victim of abuse, who a had a child with her abuser. Not only that, but Montse also had to live with that secret for years. Even when Montse told Niña about the abuse, the little one felt very little empathy for her. After hearing the truth, Niña still blames Montse for killing their father.

Shrew’s Nest is chilling and haunting at the same time. What makes Shrew’s Nest a real horrifying tale is not the amount of gore that is present in the film. In my opinion, Montse’s personal history is far more terrifying than her actual murders.

Just think about, Montse was abused by someone who was supposed to take care / protect her. However, her father did none of that. Instead, he used his only daughter to satisfy his twisted desires and Niña is proof that Montse was not lying about the abuse.

When Montse told Niña the horrible secret that she was harbouring all those years, all the little one could do was to ask “why are you telling me this” and “where is father”. First of all, there are many things that are wrong with Niña’s response.

The way how Niña reacts to Montse’s heartbreaking confession is revolting to say the least. She was almost blaming Montse for ruining her father’s image. However, Montse is the real victim here, not the father. Second, when Niña threatened to call the police to denounce Montse as the culprit behind her father’s disappearance shows how little empathy she has for the person who raised her.

Sadly, that happens a lot to victims of abuse. Close ones (usually family) often shun the victim for telling the truth because they feel uncomfortable or ashamed. That’s what Niña did to Montse, she wanted her to stay quiet about what happened, she rather not know.

Honestly, I did not see the final plot twist coming. After Montse reveals that Niña is her biological daughter, a lot of things started to make sense. For instance, her protective instincts towards Niña and her deep hatred for her father.

Seeing Montse in her final moments was definitely a very touching scene. Watching a victim of sexual abuse saying that she felt deep shame hence, her reason to hide the truth from Niña was truly heartbreaking. Although, not everyone that is a victim of abuse will become a “monster”, trauma definitely leaves its marks on a person forever.

Last but not least, Macarena Gómez definitely stole the show. She delivered a brilliant performance by showing the many different sides of Montse. Macarena Gómez is the reason why the audience will feel scared, sad and sometimes angry at Montsé. 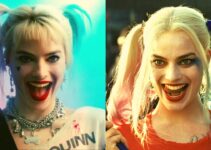 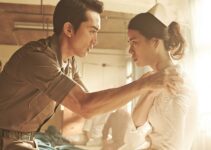