Oh, it feels so good to be in love, doesn’t it? Now, what if that love becomes an obsession? I’m talking about that obsessive love… However, today’s focus won’t be on real life stories. All the crazy love stories listed here are about obsessive love in films.

Did you know that an unhealthy romantic obsession with a person has a name? It’s called obsessive love disorder. Obsession and love are two different things… Are they really? You see, sometimes the line between love, lust and infatuation is very thin. Hey, “love is blind and love is crazy”. You know the expression “crazy in love”? It exists for a good a reason. Believe it or not, the “love bug” triggers something very visceral in each of us.

Now, let’s move on to what really matters today: stories about obsessive love in film. And you know what? Art often imitates life, which is kind of scary considering the films that I’ve picked for today. By the way, the following paragraphs do contain spoilers. Therefore, proceed with caution.

Lolita is not your typical love story. As a matter of fact, I don’t know if you can even call this twisted tale a love story. Anyhow… the story follows the life of Humbert, a paedophile. As you might have guessed, he “falls in love” with his teenage stepdaughter Lolita. Humbert married Lolita’s mother to be closer to her. Yes, this guy is crazy but he doesn’t see himself that way. Like every paedophile, he blames his victim for seducing him. Hold on for a minute, both the book and the film might give you the impression that Lolita is a little trouble maker. A provocateur. However, Humbert is the one telling the story. Therefore, everything is from his point of view and he’s a paedophile. Needless to say, he’s not a reliable narrator.

If Lolita was about an old man crushing on a young girl, The Crush is the exact opposite. It’s about a teenage girl (Adrian) with an insane crush on an older guy (Nick). How did these two meet? Nick rents a guest house from Adrian’s parents and that’s where the trouble begins. It’s literally, from 0 to 100. Adrian goes from a regular teenager crushing on Nick to a full-on psycho trying to ruin his life. In addition, do you know what’s even crazier? The script is actually based on a true story. Once again, art imitating life.

“Damaged people are dangerous” and this is why people should stay away from Anna. The film follows the life of Stephen, a politician who develops an intense obsession for his son’s girlfriend (Anna). By the way, Anna is not an innocent bystander in this story. She reciprocates Stephen’s advances. Yes, beautiful Anna is a two-timer. Not only is she sleeping with her boyfriend, but she’s getting intimate with his daddy as well. Damage doesn’t take sides, but every action has a consequence. Having said that, Stephen and Anna’s affair does have some tragic repercussions.

Obsessed is a Korean erotic romance set in 1969. The protagonists are of this story are Jin-pyong and Ga-heun. They are both married but not to each other. So how did these two fateful lovers meet? In a Korean military camp. He’s her husband’s superior. The way how the story unfolds is pretty cliché but the ending is pretty tragic. Although, they do engage in a steamy affair, Ga-heun eventually calls it quits because she felt guilty. However, Jin-pyong didn’t take the “break-up” so well. The poor guy is crazy in love and he just can’t get over her. In a desperate attempt to get her back, he tries to end life just to prove how much he loves her. Although he survives, the story doesn’t have a happy ending.

Bitter Moon is an intimate portrayal about a passionate romance gone sour. The story starts with a British couple on a cruise ship. Soon, they meet a very mysterious woman (Mimi) and her crippled husband (Oscar). As you might have guessed, they are not your average vanilla couple. No, these two have done everything that you can imagine to each other. They’ve been through all the stages of a long-term relationship. Oscar and Mimi’s relationship evolution is like night and day. They begin with a passionate love affair that morphs into a toxic relationship. In the end, both suffer the consequences from their actions.

Cracks is the reason why parents should never send their children to boarding schools. A girl ain’t safe anywhere, even in a female elite boarding school. Not only girls hate other girls, but teachers can’t be trusted either. The whole film is a wild roller-coaster of emotions. The drama starts with the arrival of a new girl (Fiamma) and she’s beautiful. First, the other girls hate her because she’s getting all the attention. Then, they start liking her. However, things go awry and they start hating on her again. But why? It’s all because of Miss G, their teacher. You see, Miss G has a little dirty secret. She has an intense obsession for one of her students (Fiamma) and she’s not going to stop until she gets what she wants.

In The Realm Of The Senses follows the story of Sada Abe and Kichizo Ishida. She is a former prostitute that gets a job at Kichizo’s hotel. Soon, the two begin an intensive love affair. By the way, Kichizo is a married man but he ends up leaving his wife to continue the affair with Sada. However, things do not end well for these two lovebirds. They become increasingly obsessed with each other. As a matter of fact, Sada even strangles Kichizo (with his consent) during their lovemaking session. However, she went a “little overboard” and he dies. Hold on, the story doesn’t end here: she cuts his penis off. Not out of spite, but out of love. She wanted a souvenir from him. Based on a true story.

Basic Instinct is not necessarily a love story but a tale of obsession. Everybody in the film is obsessed with someone. By the way, the film has introduced to the audience one of the most badass female characters of all time — Catherine Tramell. The film starts with a murder, a gruesome one. The police starts digging and Catherine is called to answer some questions. They can’t pin point her to the murder. However, Nick doesn’t buy her lies. During the course of the investigation, he begins to develop a dangerous obsession for Catherine. She reciprocates and there’s a lot of people that die during the course of their steamy affair.

If you don’t like stories with open endings, then do not watch Last Tango In Paris. There are essentially two main characters in this film: Paul and Jennie. Paul is a recent widow and Jennie is a young Parisian woman. The two connect instantly, on a sexual level. However, they both refuse to share personal information (not even their names). So what happens when Paul confesses his true feelings to Jennie? Things are no longer “fun” due to the loss of anonymity. But there’s more: when Paul insists in knowing Jennie’s name, she shoots him with a gun! Why? Well, it’s up to the viewer to decide…

Fatal Attraction is a cautionary tale about extramarital affairs. The story follows Dan, a successful lawyer who has a one-night stand with another woman (Alex). However, she doesn’t see things that way. Alex wants more and she’ll resort to desperate measures just to keep Dan around. Long story short, Alex is a full-blown psycho. Soon, the wife (Beth) finds out about her husband’s affair. She’s enraged about it but ends ups forgiving him. Let’s not forget about Alex. One thing is for sure, she’s relentless. Despite of her efforts to hurt Dan, she’s fails and things don’t end very well for her.

After finishing this long list, I’ve come to the realization that these aren’t really love stories, but lust stories. As we know, there’s a difference between the two. It’s all about physical attraction and desire. Selfishness also? By the way, I have one last question for you: is lust the fuel to obsessive love? 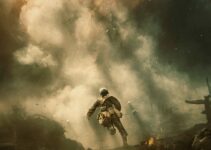 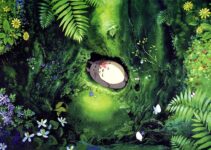 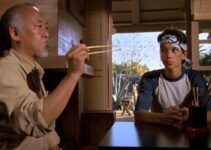