Today’s post is dedicated to some of the most badass female characters that have graced the silver screen over the past fifty years. There are plenty of more iconic women in film, but for now, we’ll talking about the ladies listed below.

If I asked you to name five of your favourite films, how many of them have leading characters that are female? Okay, this is just a “wild guess” but I believe very few of those films will have female leading characters. Why is that? I could write a whole paragraph trying to justify why that happens, but I’m not going to do that today. Maybe in another post.

It’s a fact. There aren’t many female leading characters in film, but things are changing. Although they are a minority, that doesn’t prevent them from being badass.

Whether you like the genre or not, “Alien” is pretty revolutionary. Not only it made the genre popular, but it also stands out for choosing a female to play the iconic “Ripley”. Of course, we have to mention Sigourney Weaver. Superb. I can’t imagine any other actress as badass as her to play “Ripley”.

If you watched Kill Bill, then you’ll know these two are definitely not BFFs. However, I find them equally badass. I love “The Bride”, she took down Oren’s “Crazy 88” (all by herself). However, I also have to give kudos to “O-Ren Ishii”. She had a rough start but made herself a reference in the underworld of crime. Impressive.

Guem-Ja Lee is the proof that you “can’t judge a book by its cover”.  In few words, she’s as beautiful as she’s deadly. What’s her story? Well, she was imprisoned for a crime she didn’t commit. Guess what she wants once she gets out? She wants to get the “motherfucker” that did it.

Yuko Moriguchi is the reason why you should think twice before doing something bad. She’s a high school teacher and she knows that one of her students murdered her little daughter. I like her style because she likes to take it slow. In other words, she’s brilliant. Why? The perpetrators got what was coming to them, but Moriguchi herself never did anything to them (in a direct way). Just watch Confessions if you are curious.

Amy Dunne is someone that you don’t want to mess with. This woman will fake her own disappearance just to “teach” her husband a lesson. Actually, she wanted to frame him for murder but then things got a bit awry. Anyhow, I like Amy because she doesn’t settle for less. She makes things happen.

Well, she’s in the list for the most obvious reason: she’s Wonder Woman. Badass. If you don’t know who she is (shame on you), I’ll tell you what’s the big deal about her. Very shortly, she’s an Amazonian-like princess. She’s from Themyschira, the land of warrior women. She’s beautiful and she can fight. 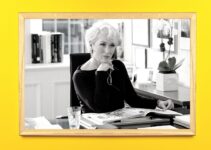 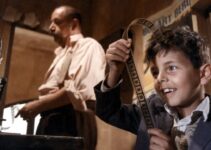 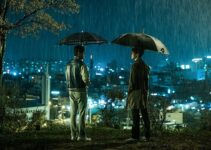