Home
ADVICE
Difference Between A “Nice Guy” And A “Kind Guy”

Nice guys always finish last. Isn’t that the popular saying? However, is that really true though? Before jumping into that particular discussion, what is exactly a nice guy? In addition, what’s the difference between a nice guy and a kind guy?

Technically speaking, nice and kind are both positive adjectives when describing someone. Nonetheless, there are people that “act nice” and people that are genuinely kind. So what’s the difference? Intent.

When someone says “that person is really nice”, what are they trying to say? They probably mean: polite, friendly, agreeable, pleasant… All those adjectives are indeed “nice”, but what do they really tell you about that person? Honestly, not much.

Saying that someone is “nice” is a very superficial complement. Why? It’s based on what you see or what that person is willing to show. Now, on the other hand, “being kind” is a completely different story.

“Kind” is a more meaningful adjective to describe someone. Being kind is about doing good things, because you believe it’s the right thing to do. It has nothing to do with how others perceive you. Having said that, a “kind guy” is a way more genuine person than a “nice guy”.

Difference Between A “Nice Guy” And A “Kind Guy”

What better to illustrate the difference than using real life examples. Well, the following men are not exactly real, they are popular characters from films. However, people like them really do exist. Caution: spoilers ahead.

Oscar is a scoundrel who likes to pretend that he’s a nice person. Ever since he was a child, Oscar always had this unhealthy obsession for Gloria. Who is she by the way? Gloria is Oscar’s childhood friend. Despite of growing up in the same small town, Gloria always had big dreams. So after high school, Gloria moved out from her home town to pursue her dream of becoming a writer.

Unfortunately, “present” Gloria is unemployed and struggling. Her boyfriend (Tim) kicked her out from his apartment because he can no longer stand Gloria’s reckless lifestyle and constant drinking. With nowhere to go, Gloria returns to her home town.

Back at home, Gloria runs into Oscar who offers to help her. The man gives Gloria a job at his bar and furnishes her house. At first, everything seemed fine until Gloria spends the night with one of Oscar’s friends. After he found out about it, Oscar becomes very hostile towards Gloria, as if she did him wrong.

Later on, Gloria recalls why she and Oscar stopped talking. When they were kids, Oscar crushed the diorama that Gloria made for a school project. Why? Out of pure jealousy. Hers was simply better than his. Although Oscar sabotaged Gloria’s project in secret (so he thought), she did end up witnessing the whole thing. After the incident, Gloria just couldn’t see Oscar the same way ever again.

Back to present, Gloria decides to leave and cut ties with Oscar. However, he doesn’t like to take a no for an answer, so he threatens her. Gloria has no other choice but to fight back. In the end, Gloria manages to set herself free from Oscar once and for all.

NOTE: There is nothing nice about Oscar, it’s all a front. He hates Gloria, but in reality, those negative feelings are more like a projection of his own self-hatred. Oscar is one those people that can’t stand watching others being happy or doing better than him.

When Gloria was back in town, Oscar wanted to help her because he wanted to feel important. In other words, Oscar wanted to thrive from Gloria’s misery, which is so messed up. Having said that, Oscar is a horrible human being. All this time, he was pretending to be nice until he revealed his true colours. The man was never genuine about his real intentions.

Mark Darcy is not your typical “cool guy”, but he’s a reliable man. His parents try to set him up with a woman named Bridget Jones, but their date doesn’t go so well. At the time, both Mark and Bridget had a very poor image of one another.

Bridget moves on and starts dating a man named Daniel Cleaver, her boss. Daniel is very cool and charming. Their romance seemed to run smoothly, until Bridget finds out that Daniel has been cheating on her. Upset (and rightfully so), Bridget breaks up with Daniel.

During dinner with friends, Bridget meets Mark again. He learns that Bridget is single again and lets her know that he likes her the way she is. Mark’s confession makes Bridget change her mind about him. The two get closer, but then, Daniel shows up in Bridget’s life again. Irritated, Mark fights Daniel and wins. After the fight, Bridget rejects Mark due to a lie that Daniel has told her.

Bridget’s friends prepare her a little surprise to cheer her up: a trip to Paris. At the very last minute before they leave, Mark shows up. He declined the job overseas. Thrilled with Mark’s news, Bridget invites Mark for a romantic evening together. However, while he awaits for Bridget to change her clothes, Mark stumbles upon Bridget’s old diary. He reads her old opinions about him and leaves the house.

After Bridget realizes that Mark read her diary, she runs after him. Unable to find the man, Bridget breaks down but then Mark shows up in front of her. He bought her a new diary. Mark is not mad at Bridget but he wants a fresh new start (with her).

NOTE: Who’s a better man: Daniel Cleaver or Mark Darcy? That’s easy: Mr. Darcy. Daniel Cleaver is a very charming guy and he knows it, but that doesn’t make him a great person. It’s true that Bridget should’ve known better and not date a womanizer, but Daniel told her blatant lies too.

Mr. Darcy is the complete opposite of Mr. Cleaver. Mark says what he means. In addition, the man really loves Bridget just the way she is. Despite of reading those mean comments about him, he didn’t take them to heart. Mark understands that Bridget did not know him that well (at the time), hence he decided to forgive her and give her a new diary. So, they can start a new chapter together.

Real nice guys do not finish last. It’s the fake nice guys who can’t handle rejection that are saying those kind of things. It works as a clutch to justify their poor results.

People in general, male and female don’t want a fake nice person, they want a genuine person. In other words, someone they can trust. These so-called nice guys are not really nice. They do “nice” things in order to get something out of the other person they are being nice to. In other words, they are only working for their own benefit.

The real problem with these fake nice guys is that sometimes they are really good at pretending that they care about you. So, most of the times, their “victim” won’t realize that they are fake until they show their true colours or betray them. However, there are always ways to spot a “fake nice guy”, you just need pay a bit more attention.

In conclusion, kind guys are way better than fake nice guys. Genuine people do not boast about their virtues, their actions speak louder than words. By the way, “nice guys always finish last” is such a fallacy. Why would real nice guys finish last, if they were not competing for anything in the first place? As mentioned before, genuinely kind people just do what’s right and they do not expect anything in return for their actions. 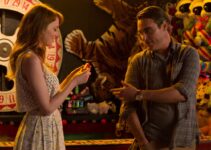 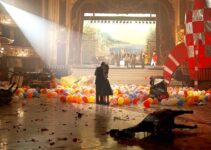 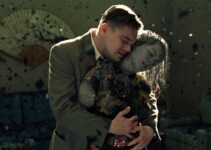