Home
FILMS
Arrival (2016) Ending Explained: Why Did The Husband Leave?

This post includes a brief plot summary and an explanation about the ending of the film Arrival (2016). Why did Louise’s husband leave her? Beware of spoilers.

Directed by Denis Villeneuve, the 2016 sci-fi film is based on “Story Of Your Life”, a 1998 novel of written by Ted Chiang. The film stars Amy Adams as Louise Banks, Jeremy Renner as Ian Donnelly and Forest Whitaker as Colonel Weber. Today’s post is solely based on the film, not the novel.

The story starts with Louise Banks (a linguistics professor) watching her daughter Hannah die from an incurable illness.

One day, twelve identical spacecrafts land in different parts of planet Earth. US Army Colonel Weber reaches out to the professor to analyse some audio recordings. After hearing them, Louise concludes that the sounds do not match any human language.

Shortly after, Weber recruits Louise together with Ian Donnelly (a physicist) to interact with the aliens and study their language. There are two of them, Abbott and Costello — Ian’s nicknames for the seven limbed creatures (heptapods). The aliens mainly use circular symbols to communicate. Meanwhile, every nation is sharing their findings with each other.

Out of nowhere, Louise starts having visions of her late daughter. The team gradually makes advances. Instead of just trying to decode the alien symbols, they also try to introduce vocabulary to them. After a while, Louise asks the aliens what do they want and they show her a symbol that means “weapon”. However, Louise alerts for the possibility of the word meaning something else, such as “tool”.

As the other nations reach the same findings about the aliens’ purpose on Earth, they stop sharing information with each other. Meanwhile, some rogue soldiers plant a bomb at the spacecraft. Unaware of this, Louise and Ian go back to the vessel to reach out to the heptapods.

Although, Louise and Ian came in peace, one of the aliens ejects them out of the spacecraft before the bomb explodes. When they wake up, the spacecraft is no longer reachable. At this point, the military is trying to leave the premise.

Despite of the fiasco, Louise and Ian continue their research. The physicist notices that the word time is spread all over the alien’s final message. That clue leads Louise to suspect that the full message is split between the twelve spacecrafts.

General Shang from China issues an ultimatum to the aliens. Shortly after, Russia and some other countries decide to do the same. Not eager to believe that the aliens are a threat, Louise goes alone to the spacecraft. A transport pod takes her to the platform. Once inside, Louise finds out through Costello that Abbott is dying from the explosion.

Costello explains to Louise the purpose of their visit: in 3000 years, the aliens will need humanity’s help and Louise is the key to all of this. When she was having flashbacks about Hannah, those were not memories from the past. Louise was having visions from the future. The “weapon” is the aliens’ language.

With the heptapods’ language, humans will be able to change their perception of time. Unlike humankind, the heptapods don’t have a linear perception of time. They see it all as a whole: past, present and future are all the same. That’s why the symbol of time was spread all over their message. At the moment, Louise is the only person that can experience time the way heptapods do.

Louise returns to the military camp and explains to Ian that the aliens meant “tool”, instead of “weapon”. Language affects how a person thinks. Therefore, whoever masters the aliens’ language will be able to perceive time the way they do. Meanwhile, Louise has a flash-forward about an event at the United Nations, in which Shang thanks the professor for her efforts to stop the attack. Apparently, Louise made a call to Shang’s private number and recited his late wife’s dying words.

In order to make that call, Louise steals one of the satellite phones and dials Shang’s number. China cancels the attack and shares their piece of the message. Shortly after, all the other countries follow China and the twelve spacecrafts vanish.

When the military was about to leave the camp, Ian expresses his feelings for Louise. He is Louise’s future husband and Hannah’s father. In the end, Louise chose to have a child with Ian, despite of knowing what’s going to happen to her.

Stories Of Your Life And Others (Novel)

The ending of Arrival is indeed a true work of art. The director was so skilful at misleading the audience. Louise wasn’t a divorcé who just lost her daughter, that’s her future. During this entire time, we were watching “present Louise” having visions from the future and not flashbacks as the director wanted us to believe.

The question at the end sums up pretty much everything about this film: “If you could see your whole life from start to finish, would you change things?” Now, the most shocking revelation wasn’t Louise’s ability to see the future, but her decision to have Hannah. This woman decided to have a baby with Ian, despite of knowing what’s going to happen to her child.

Although it’s clear that Louise can see the future, there are still some questions that need an answer. First, what did Louise say to General Shang? Second, why did Ian leave Louise? Third, was Louise selfish for having Hannah?

What Did Louise Say To General Shang?

I bet many viewers are curious about the Chinese words that Louise said to General Shang. Although, I’m not sure whether it was intentional or not, there were no subtitles during that scene.

One thing is for sure, whatever Louise said, it was good enough to make an impact on General Shang. After all, he did call off the attack. Now, what did Louise say in Chinese? “In war there are no winners, only widows.”

Why Did Ian Leave Louise?

Louise chose to have her daughter and then lose her. However, Ian did not. Unlike Louise, he didn’t know what the final outcome would be. If Ian knew about it, maybe he would not have chosen Louise to be his wife, let alone have children with her.

Ian loved Louise, but he couldn’t forgive her for basically dooming Hannah. Everybody dies one day, but usually, parents die before their kids and not the other way around. In a way, Ian felt blind-sided and couldn’t forgive Louise for that. In his eyes, she acted selfishly by not giving him nor their daughter a choice. That’s why her husband left her.

Was Louise Selfish For Having Hannah?

The fact that Louise chose to have a baby with Ian, despite of knowing her child’s fate is mind-blowing to say the least. Having said that, was Louise selfish / dumb for making that decision? At the end of the day, it’s very hard to say who has the right to what.

According to the film, time is non linear. In other words, it’s possible to see the future while being in the present. However, one cannot change the outcome of events. In Louise’s case, she knew that Hannah was going to die before her, no matter what.

Was Louise selfish for having Hannah? Yes and no. On one hand, it was a selfish decision because Ian and Hannah didn’t have a saying on it. On the other hand, it wasn’t entirely selfish, because it was Louise’s right to make her own decision about that matter.

Life is a full circle, it starts with birth and it ends with death. However, there’s a lot that happens in between. Both mother and daughter had good moments before Hannah passed away. So, I guess Louise chose to rather suffer the loss of her child than missing out the experience of having Hannah in her life.

Fate And Free Will In Arrival

If one follows Arrival’s logic, every event has a pre-determined outcome. Having said that, does that mean that free will does not exist? Is free will an illusion, then?

There is a difference between fate and free will. Let’s start with fate. What is fate? An inevitable outcome. It means that no matter what one does, the outcome of certain events will always remain the same. In others words, fate is not changeable. In Hannah’s case, she was going to die either way. Her options were either to exist and die or not exist at all.

If fate is something completely out of our control, then free will is the total opposite. So what is exactly free will? It’s our ability to choose what we want to do: good or bad. In Louise’s case, she chose to have Hannah even when she knew that her daughter was going to die at a very young age.

Can fate and free will coexist? Many believe that fate is something that “kills” the the concept of free will. However, that’s not necessarily true. Every decision that one makes has an outcome, and that’s a given. In other words, for every action, there is a reaction. Nonetheless, people are still responsible for every decision they make. Free will is our ability to choose our decisions (not outcomes). Therefore, fate and free will can coexist without cancelling each other.

Arrival is one the most human and refreshing stories that I’ve ever seen in a sci-fi film. The film really hit all the right notes.

By the way, Arrival is not that far-fetched. I’m not saying that aliens are coming to Earth anytime soon, but can I totally see human beings reacting that way. That hostile behaviour has to do with human nature itself: it’s almost basic instinct to be wary / reject everything that we do not know.

The whole film felt like a critique to humankind. Arrival brings out the worst but also the best qualities that humans have. It’s a real roller-coaster of emotions. It starts with humans assuming the worst, when “the others” come to visit and then it ends with all nations working together towards a greater picture.

Throughout the film, the characters make most of their decisions based on fear, except for Louise. Fear is just as powerful as love, because it blinds our ability to make the right decisions. There was an eminent conflict in the story due to fear. Everything could’ve ended much sooner, had the twelve countries worked together as a team.

Amy Adams was an amazing leading lady and I’m glad they did not make her character too perfect. After the plot twist, I didn’t know (as a viewer) whether I should condemn Louise’s actions or not. On one hand I get why she did it, but on the other hand, I didn’t agree with her decision of having Hannah. However, that’s what makes the film so good. Arrival challenges its audience’s values and beliefs.

Overall, I believe that Arrival is an amazing film that brings up some pretty interesting and head-scratching questions. It’s hands down one of the best and most memorable works within its genre. 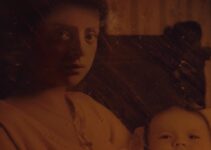 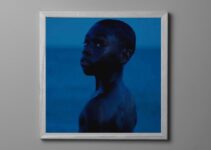 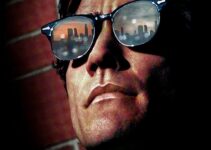