This post includes a brief plot summary of the film and five major life lessons to take away from Kung Fu Panda. Beware of spoilers.

If you think animated films are just a silly stories for kids, think again. There are so many life lessons that one can learn from watching Kung Fu Panda. And you know what? Every time you rewatch it, you’ll find new things about the film. It’s definitely a classic.

Here’s a little recap, for those who don’t remember the plot very well.

Po is a giant panda living with his father Mr. Ping (a goose). At the moment, Po is working at his father’s noodle shop. During his spare time, Po likes to fantasize about the Furious Five: a group of martial artists trained by Master Shifu (a red panda). The Furious Five is formed by Tigress, Monkey, Crane, Viper, and Mantis.

Shifu’s mentor, Grand Master Oogway has a vision about his former protegé, Tai Lung (a snow leopard). Oogway tells Shifu that Tai Lung is going to escape from prison. The leopard is after the Dragon Scroll. Alarmed, Shifu sends a messenger to warn the guards to tighten the security at Tai Lung’s prison.

Later on, Shifu holds a tournament to see which of the Furious Five is going to become the next Dragon Warrior. The chosen one will have access to the Dragon Scroll, a piece of paper that holds the secret to unlimited power. Meanwhile, Po tries to enter the arena to see the Dragon Warrior. However, the panda is late and can’t get in. Desperate, Po launches himself into the arena with the help of fireworks. Right when Oogway was about to announce the Dragon Warrior, Po lands in front of him. Just like this, Oogway proclaims Po as the new Dragon Warrior.

Upset with Oogway’s decision, Shifu submits Po into an intense training regime. Meanwhile, the Furious Five also show a hostile attitude towards the panda. A discouraged Po goes for walk and grabs some peaches to eat. Shortly after, Oogway appears and shares some words of wisdom. After reflecting upon the tortoise’s words, Po changes his mind and decides to stay. Gradually, he befriends the Furious Five and learns the reason behind Shifu’s cold behaviour.

Shifu found Tai Lung when he was still a little cub. He raised the leopard as his own son and taught him kung fu. While growing up, Tai Lung convinced himself that he was going to become the next Dragon Warrior. As a result, when Oogway denied him the Dragon Scroll, Tai Lung retaliated and tried to take the scroll by force. At the time, Shifu was unable to fight his son, which prompted Oogway to intervene. The tortoise was able to stop the leopard and send him to prison.

After learning that Tai Lung escaped from prison, Shifu rushes to inform Oogway. Before the tortoise passes away, he makes Shifu promise that he’ll believe in Po. Therefore, Shifu continues to train Po. During the training sessions, Shifu discovers that the panda is incredibly agile when food is around. Meanwhile, the Furious Five try to stop Tai Lung by themselves. The leopard defeats Shifu’s disciples but spares one. Tai Lung wants Crane to carry his mates back to Shifu as a warning.

After reviving the members of the Furious Five, Shifu decides that Po is ready to receive the Dragon Scroll. But to their surprise, the scroll doesn’t have anything written on it. The inside of the scroll has nothing but a reflective surface. As a result, Shifu orders his disciplines to evacuate the valley, while he fights Tai Lung. During the evacuation, Po finds his father. As an attempt to cheer Po up, Mr. Ping reveals the secret ingredient to his noodle soup: “nothing”. Things are only special because people believe them to be. Mr. Ping’s words made Po understand the true meaning behind the Dragon Scroll.

Po goes back to the temple to fight Tai Lung. When he arrives, Po finds Shifu injured. During their fight, Tai Lung realizes that many of his attacks don’t work on Po. The panda’s body fat absorbs most of damage, which makes Po basically immune to Tai Lung’s nerve strikes. However, for a brief moment he knocks Po down and retrieves the Dragon Scroll. After seeing that the scroll is empty, Tai Lung takes his anger out on Po. The panda defeats him with the mysterious Wuxi Finger Hold and Tai Lung disappears. After the fight, Po earns the respect from the valley’s inhabitants and the members of the Furious Five.

What’s So Special About Po?

At first, there’s nothing out of the ordinary about Po. However, there’s more than meets the eye. So, how did someone like Po become the Dragon Warrior? Some might say it was accident, but others like Master Oogway will disagree.

In the beginning, no one wanted to accept Po as the Dragon Warrior, especially Shifu. That’s right, he made it very clear that he didn’t want to train Po. In addition, Shifu repeatedly belittled Po because of his physique to reinforce that this whole thing was just a mistake. Despite of facing immense adversity, Po decides not to give up and that was the key towards becoming the Dragon Warrior.

LESSON 1: THERE ARE NO ACCIDENTS

When Oogway proclaimed Po as the new Dragon Warrior, Shifu was very vocal about his stance on it. He simply did not agree with the decision. In his eyes, the whole incident was a mistake. However, Oogway stuck to his guns and said “there are no accidents“.

Everything that has happened, it was mean to be. This has nothing to do with freewill or destiny. If you really think about it, how else are you going to learn something new? In addition, personal growth is an ever-going process. Therefore, one’s wisdom and strength comes from life experiences: good and bad.

At first, Po was a little bit daunted with the idea and the responsibility of being the Dragon Warrior. When he was about to give up, Master Oogway shows up to drop some wisdom: “Yesterday is history. Tomorrow is a mystery. But today is a gift. That’s why we called a present.”

The “now” is what really matters, everything else is just white noise. The past already happened, there’s no way to turn back in time and amend mistakes. The only thing that one can do about the past is to learn from it. What about the future? There’s no need to worry about something that hasn’t arrived yet.

LESSON 3: BELIEVE IN YOURSELF

After Oogway nominated Po as the Dragon Warrior, everyone was pretty sceptical about his decision. Shifu himself said many times to Po that he wasn’t “the one”. However, Po didn’t give up. Just because someone says you’re not good enough, that doesn’t mean you aren’t. Even if those words come from an authority figure like Shifu.

You don’t become what you want, you become in what you believe. Just like Mr. Ping said: things are special, when we believe they are. Po is just an ordinary panda, he doesn’t have any super powers. Nonetheless, he trained hard and realized his own potential. Success is not about being perfect, but doing small things that help you get where you want. Therefore, in order to become exceptional at something, you need to believe in yourself first.

LESSON 4: DON’T HAVE AN EGO

To be honest, the world does not owe you anything. Why did Tai Lung fail? He wasn’t humble enough. To earn the title of Dragon Warrior you have to possess the right set of skills and the right mindset. Tai Lung has talent and trained very hard to be where he is, but that alone doesn’t grant him the right to be the Dragon Warrior. Therefore, he had no reason to be mad when Oogway denied him the Dragon Scroll.

By the way, Shifu was guilty of having an inflated ego too. Why? He failed to see what his prodigy was turning into. Shifu had too much pride to admit that Tai Lung was straying away from the right path. Basically, he chose to close his eyes and ignore his son’s flaws. However, the denial almost cost Shifu’s own life.

Don’t focus too much on your flaws, instead, focus on what you’re good at. Sometimes the things that you view as flaws aren’t really flaws. The small little things that you hate about yourself might one day become one of your biggest strengths.

Look at Po, there’s nothing about him that screams Dragon Warrior. However, he’s the only one that can defeat someone like Tai Lung. Why? Because Po is soft and strong at the same time. His fluffy body alone was the best weapon against Tai Lung. On the surface, Po is seemingly harmless, but he knows how to take advantage of his body during combats.

Overall, Kung Fu Panda is a great film for kids and grown-ups. It reminds its viewers about the things that really matter in life and the importance of self-confidence. When I said the film was a classic, I really meant it. Try to watch it again in ten years from now and I bet you’ll still love it. Po is one of those characters that grows on people. His struggles and breakthroughs are oddly satisfying to watch. 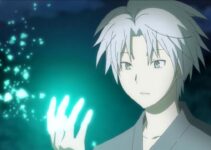 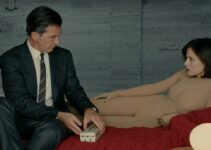 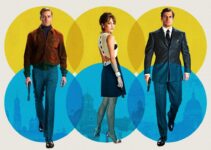