This post includes a plot summary, an explanation about the ending of the film Ah-ga-ssi / The Handmaiden (2016) and a discussion about the torture scene. Beware of spoilers.

Directed by Park Chan-Wook, the psychological thriller is based on a 2002 novel named Fingersmith written by Sarah Waters. The film stars Kim Min-hee as Lady Hideko, Kim Tae-ri as Sook-Hee, Ha Jung-woo as Fujiwara and Cho Jin-woong as Kouziki.

There are mainly four characters in this story: Sook-hee (the handmaiden), Lady Hideko (the Japanese heiress), Count Fujiwara (the conman) and Kouziki (Hideko’s uncle).

Korea is currently occupied by the Japanese. A man who presents himself as Count Fujiwara (Jung-woo Ha) hires a young woman named Sook-hee (Tae-ri Kim) to become the handmaiden of a mysterious Japanese heiress Lady Hideko (Min-hee Kim).

Later on, Fujiwara reveals himself as a conman and Sook-hee as a pickpocket. His intentions with Lady Hideko are very clear: he wants to marry her and take her money away. However, that’s not all. Besides from stripping her from all of her fortune, he also wants lock her in a mental institution. In order to do that, he needs Sook-hee to befriend Lady Hideko so she can gain her trust and convince her to marry the count.

As the days go by, Sook-hee and Hideko grow closer. In addition, they get really intimate with each other. For instance, when Hideko asks Sook-hee what married life will be like, she engages in passionate love making with her.

Fujiwara keeps pressuring Sook-hee. He wants her to convince Hideko to marry him, but she’s having second thoughts. Meanwhile, Hideko expresses that she doesn’t marry the count, but Sook-hee insists. The first part of the plan goes accordingly and Lady Hideko marries Fujiwara. The second part of plan is to send Hideko to a mental asylum, which is also set in motion. However, once the three of them arrive to the place, the staff takes Sook-hee instead of Hideko.

Kouziki is a sadist and a sociopath. First, he killed his wife because she tried to runaway. Second, he wants to marry his own nice to get his hands on her inheritance. Hideko knows all about it. She knows that her aunt didn’t commit suicide and that her uncle will do the same to her, if she tries to escape from him.

Hideko is the one that proposes hiring a maid to commit her to asylum in her place. In other words, Lady Hideko and Fujiwara have been orchestrating this whole time a wicked plan to deceive both Kouziki and Sook-Hee.

One night, Sook-Hee confesses her “intentions” and Lady Hideko confesses Fujiwara’s plan to put her in an asylum and take her identity. After this “honest” moment, they both plot against Fujiwara and Kouziki. Actually, they plot mainly against Fujiwara, Kouziki is just collateral damage.

What’s the plan? Drug Fujiwara, “hand him” to Kouziki and runway from everything. After accomplishing their plan, Lady Hideko and Sook-Hee travel together in a ferry and share once again an intimate moment.

First, let’s talk about the torture scene. The last interaction between Fujiwara and Kouziki is really interesting.

So, Hideko and Fujiwara were never intimate with each other, not even at their wedding night. However, Kouziki is a very sick man and he wants to know all the “dirty little details”. This is when Fujiwara shows a different side of him.

The conman is a prideful man. He doesn’t want Kouziki to get his way. Therefore, he refuses to disclose further information. In addition, Fujiwara already knows that he’s going to die, Kouziki is a sadist and a murder.

There’s no point trying to escape. As a result, Fujiwara makes one last dying wish: to smoke a cigarette. However, these contained mercury. Therefore, when Kouziki noticed the blue smoke, it was already too late. Both men, end up dying in the cellar.

Now, let’s talk about the two female leads. Are they femme fatales that got away with what they what? In my opinion, everything they did, they did it out of the need to survive.

Yes, the two ladies indeed took Fujiwara and Kouziki out the picture with their genius plan, but that doesn’t make them cold-blooded killers. The two men pushed these Hideko and Sook-Hee over the edge, which led them to rebel.

The Handmaiden is a little Asian gem that will blow your mind. It’s visually stunning and the story is out of this world. The film definitely keeps the audience on its toes. Then, it ends with a major plot twist that no one saw it coming. It’s really that good.

There are some intense love scenes between the two leading ladies, which I was not expecting at all. In my opinion, the director was able to tastefully shoot those scenes. Therefore, they didn’t feel exploitative or gratuitous: they served a purpose.

If I had to describe The Handmaiden in three words, I would say: sexy, clever and powerful. In addition, it’s one of those films that will make you feel a certain type of way: you’ll either hate it or love it, but you won’t be indifferent to it. By the way, the two female leads are such a breeze of fresh air. They are strong and masters of their own destiny.

Remember to check Park Chan-Wook’s repertoire because it’s quite impressive. By the way, I just hope that Hollywood doesn’t get any ideas about making a remake of this fine work. It won’t work. In addition, the world deserves to watch more original films, not remakes. 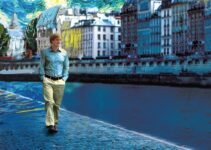 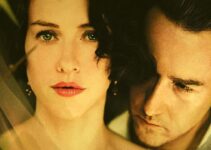 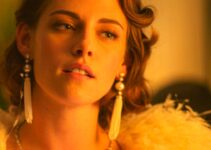