This post includes a brief plot summary and an explanation about the ending of the film Teeth (2007). Beware of spoilers.

Dawn is a teenage girl currently living with her mother (Kim), her stepfather (Bill) and her stepbrother (Brad). After school, Dawn likes to frequent the local Christian abstinence group.

During a gathering, Dawn meets Tobey, another member of the abstinence group. She feels instantly drawn to him. However, due to their beliefs Dawn and Tobey decide not to pursue each other.

Dawn and Tobey eventually change their minds and decide to spend more time together. They meet a local swimming hole. After swimming, Dawn and Tobey rest inside a cave. They start kissing but Dawn changes her mind and starts rejecting Tobey’s advances. Unhappy with Dawn’s response, Tobey starts to get really aggressive with her. During the scuffle, Tobey knocks Dawn unconscious and starts raping her. Meanwhile, Dawn wakes up and Tobey has no longer a penis. Horrified, Tobey runs and falls off the cliff. Meanwhile, Dawn rushes to get out the cave and flees the scene.

After meeting with her Christian group, a fellow classmate (Ryan) approaches Dawn at the “after party”. She asks Ryan to drive her home. Still confused about what happened at the cave, Dawn goes back. She finds a crab crawling over Tobey’s penis. At this point, Dawn is aware that something is wrong with her. Therefore, she researches the term “vagina dentata” and decides to schedule an appointment with a gynaecologist.

During the consultation, Dr. Godfrey (the gynaecologist) takes advantage of Dawn by inserting his whole hand into her vagina. Out of panic, Dawn’s vagina bites Dr.Godfrey’s fingers off. Once again, Dawn storms off the doctor’s office. On her way home, Dawn sees a couple of police cars. Therefore, she decides to go back to the swimming pool to see what’s going on. The police finds Tobey’s dead body. Meanwhile, Dawn’s ill mother faints, while Brad and his girlfriend are having sex. When Dawn arrives, she rushes Kim to the hospital.

Dawn goes to Ryan’s place to seek solace. However, he sedates Dawn and starts masturbating her. At first, Dawn rejects Ryan’s sexual advances because she’s afraid the vagina dentata will hurt him. After she has sex with him, Dawn realizes that everything is okay. When she engages in consensual sex, the teeth remain inactive. The next morning, Ryan and Dawn have sex again, but Ryan receives a call in the middle of the act. He picks up the phone and brags about how he won the bet (sleeping with Dawn first). Enraged, Dawn’s vagina dentata reacts and cuts Ryan’s penis off.

Bill tries to kick Brad out of the house, but he retaliates and unleashes his dog to attack his own father. The injuries prompt Bill to go to the hospital. At his point, Kim has already passed away. At the hospital, Melanie tells Dawn that Brad heard Kim’s cry for help but decided to ignore her. Furious, Dawn heads back home to seek revenge. First, she puts make up on. Then, she seduces Brad. While they are having sex, Brad recalls the bleeding finger incident, then he realizes, Dawn did not bit him with her mouth. Meanwhile, Dawn’s vagina dentata does her job. Then, she proceeds to drop Brad’s penis onto the floor and the dog eats it.

After leaving her stepbrother’s room, Dawn takes her bike and starts to ride away from home. During her journey, one of her bike’s tires flats out. As a result, Dawn hitch-hikes and an old man picks her up. Dawn falls asleep for a moment and when she wakes up, the old man locks the doors. He licks his lips and insinuates a sexual favour in exchange to let her go. At first, Dawn is reluctant but then, she smiles.

The opening scene is basically a prelude to the ending. If one takes a closer look at the scene, it’s actually quite disturbing. Right when the film starts, it’s not very clear why Brad has a bleeding finger. However, as the story progresses, it’s very evident that Dawn’s stepbrother was trying to molest Dawn and that’s why she bit him (with her vagina dentata).

Brad always had this weird obsession for Dawn, since they were kids. So, when his father and Kim got together, he resented them for making Dawn his step-sister. Basically, the parents killed Brad’s chances of ever pursuing Dawn. That explains why Brad dismissed Kim’s screams and unleashed his dog to attack his own father, he really hates them.

Dawn biting Brad’s finger definitely traumatized him about having vaginal intercourse. That’s why he avoids it with his girlfriend. Even during his first and last intimate moment with Dawn, Brad tried to have sex with Dawn his way, but she was able to convince him to do it her way.

Everything in this film comes full circle when Dawn seduces her stepbrother to seek revenge for her mother. You see, Dawn was furious at Brad for neglecting her mother. But, that was not all. She always knew that he was awful stepbrother, a horrible person in general. That’s why she snapped so quickly, when Brad recalls the bleeding finger incident.

Why didn’t Dawn just simply kill Brad? It’s way harder than seducing him and cutting his penis off. Imagine Dawn getting into a physical fight with Brad, who do you think would win? However, Dawn knew that Brad always had this weird crush on her. She knew that he would accept her offer and that was her chance to finish him.

Also, seeing Brad suffering and slowly bleeding to death (presumably) is a way more satisfying visual for Dawn than just ending his life with one single strike. After she exacted her revenge on Brad, Dawn doesn’t really care about the rest any more. By the way, the dog ate the penis. In other words, even if Brad survives, there’s no chance of attaching it ever again.

In the end, Dawn is no longer a scared little girl running away from every creep that is trying to sexually assault her. After all the unfortunate events, Dawn emerges as a strong young woman. Just take a look at the last scene, instead of running away from the creepy old man, she smiles. Why? Now, Dawn is aware of her power of saying no to these creeps. As a matter of fact, she always had the right to say no, but her vagina dentata will let the perpetrator know what that no means.

One of the best things about Teeth is that the film doesn’t take itself too seriously. There are some really disturbing scenes in the beginning, balanced by some really comedic moments.

The most disturbing scenes were definitely the ones with Brad and Tobey. The first one is a molester and second one a rapist. Fortunately, both had what they deserved. Although Tobey actually gets it in, his joy didn’t last long.

To counteract the heavy scenes, there are also some really funny moments in Teeth. Who are the co-protagonists of those scenes? Dr. Godfrey and Ryan. First, let’s start with the gynaecologist, what a creep! However, it didn’t take long for Dawn’s vagina dentata to serve justice: she bit his fingers off. Then, there is Ryan, the seemly nice boy that lost his penis because of a stupid bet. Not to laugh at someone’s pain, but his reaction was hilarious to the trauma was hilarious. Last but not least, the old man licking his lips at Dawn was the cherry on top of the cake. He really has no idea about what’s going to happen to him.

Is it an overstatement to say that Teeth is an underrated film? I think not. If you look at the ratings (critics and viewers), there’s no universal consensus about this film. Some people love it, some people hate it. However, these are the type of films that are the most interesting. The worst reaction to a film is indifference. As a viewer, it’s always disappointing when you fail to connect with the film, but not having an opinion about it, feels way worse. It feels like a waste of time!

In my opinion, Teeth is an definitely an underrated gem. However, if the film is that good, why does it get so many polarizing reactions? A wild guess? A lot of male viewers don’t like the film. Why? Teeth portrays most men as sexual predators. Aside from Dawn’s stepfather, every male participant in the film was some sort of creep.

So what is the film trying to say? Is Teeth trying to imply that a sexual predator exists inside every man? I don’t believe that was the director’s intention. Nonetheless, one needs to look at Teeth as a metaphor, or a coming-of-age tale.

Dawn is the main protagonist of the story and she needs to go through a big transform to complete her character arc. Though, Dawn encounters several “monsters” along her journey, they all sort of make her stronger in a very twisted type of way. In the end, Dawn is no longer a helpless young girl scared of men but a young empowered woman that knows how to handle herself in difficult situations. 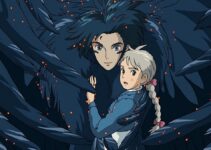 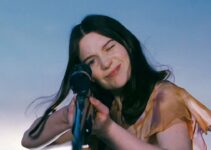 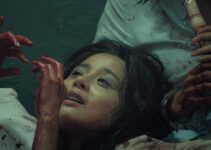