This post includes a brief plot summary and an explanation about the ending of the film Match Point (2005). Beware of spoilers.

Chris Wilton is a former professional tennis player from Ireland who is trying to settle in London. He gets a job as a tennis instructor and meets a young man named Tom Hewett during one of this classes.

Both Chris and Tom share a common interest for opera. Therefore, Tom decides to invite Chris for an opera evening with his affluent family. That night, Chris meets Chloe (Tom’s sister) and they start dating shortly after.

During a family gathering, Chris meets Nola Rice (Tom’s fiancée). Despite of her desire of becoming an actress, Nola has yet to get a role. There’s some on-going tension between the aspiring actress and Eleanor (Tom’s mother). The woman disapproves of Nola dating her son and her career choices.

After dating Chris for a while, Chloe asks her father (Alec) to hire her boyfriend in one of his companies. Despite of having some initial doubts, Chris eventually accepts the family’s offer. As his career progresses, Chloe’s parents begin to embrace the idea of having Chris in their family.

At the Hewett’s country house, Nola and Eleanor get into a heated argument again. Enraged, Nola storms out of the house to wander in the rain. Chris follows Nola and the two have sex. After the act, Nola grows distant of Chris. Although, Chris wants to continue his affair with Nola, she doesn’t. Times passes by and Chris marrie Chloe. Shortly after, Tom breaks up with Nola.

Chloe expresses her desire to get pregnant soon. Despite of numerous attempts, the couple struggles to conceive a child. Unable to forget Nola, Chris goes to her old apartment. However, Nola has already moved to another place.

One day, while meeting his wife at an art exposition, Chris finds Nola. The two chat and Chris insists in getting her phone number. Although Nola was hesitant about Chris pursuing her, she ends up having a full-blown affair with him.

After a while, Nola informs Chris that she is pregnant of his child. Desperate, Chris asks Nola to get an abortion. The young woman refuses and pressures Chris to confess the affair to Chloe. As an attempt to manage the chaos in his current life, Chris lies to both Nola and Chloe. However, Nola becomes very impatient and decides to confront her baby’s father outside of his workplace. Although Nola fails to expose Chris, he’s no longer able to cope with the pressure. As a result, Chris plots to murder Nola.

In order to execute his plan, Chris steals Alec’s shotgun and tells Nola to head home after work. Then, Chris heads to Nola’s apartment building. First, Chris kills Mrs. Eastby (Nola’s neighbour) and stages a burglary. Shortly after, Nola arrives and Chris shoots her too. After killing the two women, Chris heads to the theatre to watch a musical with Chloe. The day after the two murders, Chloe and her family learns about Nola’s death in the news. Meanwhile, Chris returns the shotgun in the cabinet and Chloe announces that she’s pregnant.

The police continues to investigate Nola’s murder. One of detectives assigned to the case, Mike Banner summons Chris. During the interrogation, Banner reveals that Nola kept a diary with intimate details of her relationship with Chris. Upon these findings, Chris confesses to the affair but not the murder of his mistress.

Late at night, Chris hears some sounds coming from the kitchen. There, he finds Nola and Mrs. Eastby. Their spirits are warning him that he won’t be able to get away with their murders. However, it was all a dream in Banner’s head.

Although, Detective Banner tries to link Chris to the two murders, his partner informs him that the police has already found the culprit: a dead drug addict had Mrs. Eastby’s ring in his pocket. With that piece of hard evidence, the detectives close the case. Meanwhile, Chloe gives birth to a baby boy and Tom blesses him with luck, instead of greatness.

Luck is definitely one of the central themes in Match Point. Now, is Chris Wilton a lucky man or someone who has carved his own destiny? In addition, why did Chris decide to kill Nola? Before answering those two questions, it’s rather important to take a closer look at the main character. Who is Chris Wilton?

The film’s protagonist is a very ambiguous character. On the surface, Chris looks humble and charming. This Irish man and former pro tennis player just wants to make a honest living in the big city of London. However, is he really that simple?

Chris is certainly able to fool most with his good looks and sweet talk. But if one takes a closer look at him, it becomes very evident that Chris is a man that likes to plan things ahead. Having said that, Chris is not just lucky. The man has a keen eye for opportunities around him.

Even as a tennis instructor, Chris was looking for opportunities to climb up the social ladder. Of all the sports clubs in London, why did Chris choose such an exclusive one? First, the pay is better. Second, being around wealthy people gives Chris more opportunities to interact with them. That’s exactly what happened when Chris met Tom Hewett. The man really hit the jackpot with this one. In no time, Chris was already hanging out with Tom’s family and dating his sister Chloe.

It’s very obvious throughout the film that Chris never fancied Chloe as a woman. The man doesn’t dislike his wife. However, Chris never looked at Chloe the same way he does at Nola. In other words, Chris is in love with Chloe’s money more than anything but she’s totally oblivious about it.

Being with Chloe definitely helped Chris improve his financial situation. First, the man gets a better paying job. Then, Chris gets a better apartment. Subsequently, the man also starts to spend his money in fancier stores and ride in better cars.

Now, if Chris had it all, why did he decide to have an affair with Nola? The man got greedy. Chris thought he could get away with it. Despite of pursuing Nola aggressively, Chris never had any intentions of leaving his wife, for the most obvious reasons. The man himself confessed that it would be hard for him to let go of the lavish lifestyle that he has with Chloe. In very simple terms, Nola is all fun and games for Chris, while Chloe provides the financial stability that he needs.

WHY DID HE KILL HER?

If Chris was crazy about Nola, why did he decide to kill her? As mentioned before, Nola represents an escape. Although Chris loves mingling with the wealthy, he also feels trapped in that world. Having an affair with Nola was exciting for him until she got pregnant of his child. Nola became a liability for Chris and that’s why he decided to get rid of her.

Chris never intended to leave his marriage to be with Nola. The man figured out that his mistress would eventually end the affair, once she realizes that he’ll never leave Chloe. However, things took quite a different turn for Chris when Nola announced that she was having his child.

The thought of losing his lavish lifestyle drove Chris to the edge. His decision had nothing to do with Chloe and the integrity of their marriage. No. Chris was more concerned about losing his job and all the other perks that came with it. That’s why he decided to kill Nola.

In the end, it all came down to Chris choosing which of his babies’ mothers’ life was more important: Nola or Chloe? In this case, Chloe wins every single time. Why? She’s the one who’s financially supporting the lifestyle that Chris enjoys.

THE IMPORTANCE OF LUCK

The film starts with Chris’ monologue saying that a wise man will always choose being lucky over anything else. The same idea is echoed in the ending scene, where Tom wishes his little nephew to be lucky, rather than great.

So, is Chris Wilton truly a lucky man? Yes, but he’s also smart enough to make good use of his luck. Chris almost committed the perfect murder if it wasn’t for Nola’s diary. However, luck played a huge role on how things really ended for him. A small detail such as Mrs. Eastby’s ring on a dead drug addict’s pocket, was the strike of luck that he needed to “win”. That was the match point for Chris Wilton.

Match Point is a very interesting study on human nature. There are no heroes, victims or martyrs in this story. Match Point just shows people being people. Having said that, the film has no characters that the viewer will actually feel sympathy for.

Chris Wilton is nothing but a greedy social climber. The man likes to pretend that he doesn’t want to mooch of Chloe, yet, he’s very willing to accept her family’s “help”.

Let’s not forget about Tom Hewett. Chloe’s brother is no victim of Nola or Chris. The reason why Nola didn’t want to have another abortion, it’s because she already had one for Tom. In addition, it’s very probable that Tom was already cheating on Nola with his current wife before he broke up with his former fiancée.

Then there is Eleanor. This woman looks down on Nola due to her unstable career, yet there’s nothing about her that screams success. All Eleanor does during her day is to drink and critique others. Eleanor’s husband (Alec) is wealthy, but nothing hints that Eleanor has contributed to his success or has ever worked to provide for her family or even herself.

Chloe is just as guilty as everyone else. Although, she is (in Chris’ words) a very “nice” person, Chloe is guilty of being oblivious. The only reason why Chris decided to date Chloe is because of her wealthy background.

Lastly, Nola Rice did not deserve to die, but she should’ve known better. Having a fling with a married man never ends well. On top of that, why would she ever believe that Chris was going to leave his wife? Having said that, Nola is someone that lives in the moment, but her reckless lifestyle ended up bringing her dire consequences.

Match Point plays with the idea that luck can change one’s fate drastically and does it in a very original way. No one saw that ending coming. The film is a real roller coaster of twists and turns.

Labelling Match Point as a drama-thriller or a psychological thriller is a bit too much. In my opinion, a dark comedy drama would be a more suitable description of Match Point. Watching Chris plan and execute Nola’s murder was hilarious to say the least. The film is definitely one of Woody Allen’s finest works. 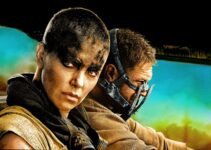 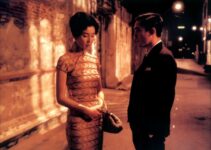 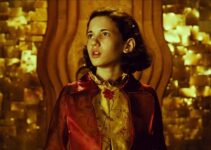