Home
ADVICE
Getting Over Someone You Never Dated

Dear reader, are you trying to get over someone you never dated? That’s an unusual question and how does one solve a conundrum like that? Keep reading to find some answers.

This post explores the negative side of romantic crushes, unrequited love and infatuation. In the end, the article aims to provide its readers a healthy mental framework to deal with the issues mentioned above.

First of all, the posed question is actually quite tricky because it leads the reader to assume that getting over someone is the hard part of the problem, when it’s not. The real problem lies in the origin of those feelings. How did someone get to that point? Why would anyone love someone that they never dated? That is the real question.

Your Crush Is Not That Into You

Cate and Mary are two good old friends sitting at a café catching up. During their chat, the topic of relationships came to the surface. Cate has been single for a couple of months, but recently, she’s been crushing on a guy she met during her college years. Here’s the interesting part: they are currently living in different cities. So, how did that happen? Social media. The story gets juicier, because the two are not even connected on social media. However, Cate saw him on another friend’s feed.

So Cate and the other guy actually know each other, but they have never been friends. Acquaintances is a more adequate term to describe them. By the way, does looking at someone’s pictures on social media qualifies as stalking? If it does, then Cate kind of low-key stalked the other guy.

As the friends’ conversation progressed, they came to the realization that certain scenarios are just not realistic. Cate called it “fate”, maybe she and her crush were just not meant to be. If everything happens for a reason, then maybe, nothing happening between the two is a sign that they are not supposed to be together as a couple.

Old crushes are tricky and difficult to manage. On one hand, infatuation often provides a sweet thrill of feeling alive. The crush doesn’t have to do anything in particular to make the heart skip a beat. Their existence alone is enough to cause all types of damage. Nonetheless, there’s also the other side: a feeling of discontent, which prompts the following question: why am I not with that person?

The harsh truth that many don’t want to hear is: maybe your crush is not that into you? Do they even know who are? There aren’t many secrets in the dating world, if it was meant to be, it will be. However, if it’s not, then it’s best to forget about it. When you really want someone, you should be proactive towards making things happen. If you didn’t make a move to let the other person know, then you didn’t want the person bad enough and vice-versa.

Getting Over Someone You Never Dated

How can one get over someone they never dated? The key is to identify the problem and tackle it with an effective solution. So what’s the real problem here? Loving someone that is not real.

Don’t get me wrong, there’s a real person behind every crush. However, the person that is in our head is not real. Infatuation means loving the idea of a person, not the actual person.

Letting go of crush is not easy, because it means letting go of a future with that person. However, what future are you talking about? You two are not even dating. Therefore, if you’re crushing on someone and you don’t have the guts to tell them how you feel, then do yourself a favour and forget about them.

Once again, the key to solve this complex question consists in finding closure for unrequited love. Most of the times, people have a hard time dealing with rejection. However, it’s also important to understand that the opposite side has the right to reject whoever they want.

When the other side doesn’t know that you like them, that doesn’t count as a rejection. Why? They didn’t even know about your feelings in the first place. People cannot reject what they don’t know.

Now, if you’re really trying to move forward, here’s a couple of thoughts that might help you understand why you two are not together. In addition, the following tips below will help you develop a healthier mindset to cope with the situation.

FIRST, THAT PERSON WAS NEVER REALLY YOURS.

If you stop to think for a second, it’s pretty ludicrous to get over / break up with someone that you never dated. Moreover, it’s not wise to invest so much negative energy into something that never really existed in the first place. Everything that you’ve experienced so far is mainly a product of your own imagination. Let’s be real, does that person even know that you have feelings for them? Or that you exist?

SECOND, IF IT DIDN’T HAPPEN BY NOW, IT’S PROBABLY NEVER GOING TO HAPPEN.

Let’s face it, things are not happening because the other person has no interest in you. Let nature runs it course and remember timing is everything. If you missed the timing with your crush to make things happen, then let it go. Nonetheless, try to think about this ordeal in a more positive light. Maybe that person wasn’t the one that got away, but the one that you actually dodged a bullet from. Infatuation and reality are two different things. Having said that, the person in your mind, might not be the same in real life.

THIRD, IF YOU DIDN’T MAKE A MOVE, YOU DIDN’T WANT THAT PERSON BAD ENOUGH.

When you feel hungry, you look for food. Right? It’s no different in the dating world. When you really want something, you’ll be proactive towards it. Thinking about that person every other night and wishing they could hear your thoughts does not count as a “move”. Successful people have dreams, but they also take actions to make things happen. Therefore, wishing for something to happen is a start, but it’s not enough. If you’re really into someone, approach them and let them know. Feeling embarrassed for a brief moment is nothing compared to an eternal feeling of regret.

FINALLY, YOU DIDN’T LOVE THAT PERSON, YOU LOVED THE IDEA OF THAT PERSON.

Honestly, how much do you know about this person? Most of the times, people fantasize about their crushes without actually looking who they really are. Many are in love with the potential (an idea). To be honest, it’s much easier to be in love with a fantasy, than dealing with a real person. There are no perfect relationships, but there are couples that love each other. In addition, falling in love with a fantasy is actually dangerous. Being in love or chasing an imaginary person, takes away the opportunity to meet actually real people.

In the end, everything in life is temporary. Therefore, there’s no reason to dwell in regret or be down for someone that is not really significant in your life. Sometimes, you might trick yourself and believe that your crush is someone special in your life, but they are not. Things are only real, when two parties acknowledge feelings for each other.

Don’t complain about the outcome if you’re not ready to take responsibility for your love life. If you’re experiencing warm feelings towards someone, don’t be afraid to let the other side know about it. However, don’t be creepy about it!

Sometimes, things don’t turn out the way we want but letting the other person know is already a huge step. Even if they reject you and remember, they have the right to do so, it’s okay. Life is an odd combination between fate and free will. Letting your crush know that you fancy them is the free will part and them saying yes or no it’s the fate part.

When things don’t go your way, you just have to think about life as a huge room with many doors and they all lead you to different places. Therefore, you never know what’s on the other side. Having said that, sometimes a rejection can turn into an opportunity for you to move towards something else.

Getting over someone that you never dated is possible and it’s the right thing to do. You won’t be able to move forward, if you keep looking behind. In addition, do something good for yourself because self-love is important too.

Finally, a healthy mindset is all you need to deal with whatever you have in front you. Being positive helps but it’s all about finding the right balance between acknowledging the negative feelings and finding the proper solutions to tackle your problems. 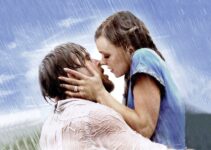 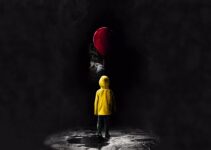 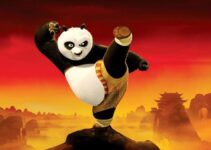