Home
CULTURE
What If Christian Grey Wasn’t Rich And Handsome?

Let’s be honest: Fifty Shades Of Grey works because Christian Grey is rich and handsome. There you go, I had to let it out of my system!

Just think about it for a moment, why is everybody obsessed and falling head over heels for this guy? It’s kind of weird to talk about him in this way because Christian Grey is a fictional character, not a person. I’m aware of it and I hope the rest of you are as well.

What If Christian Grey Wasn’t Rich And Handsome?

Christian Grey is not necessarily boyfriend material, he said it himself. However, why are women so drawn to him? Money? Good looks? Entrepreneurial spirit? I’m guessing all the above. By the way, a lot of Christian’s “admirers” are cutting him a lot of slack. Why? Because if we look more closely at his behaviour — he’s a creep. First, he doesn’t like to be touched. Second, he likes to control Anastasia’s eating habits. Third, he makes Anastasia sign a “contract”. Fourth, he insists that he doesn’t like using condoms… And the list goes on and on. Seriously? If he wasn’t that good looking (and rich), he would’ve already gotten an “ew” and a slap in the face.

Now, let’s reimagine the same story with a middle aged guy… I’m sorry but I can’t. Why? Because it’s too real. Think about the mega rich men in this world, the ones that appear on Forbes magazine… How many of them are young? Very few, can’t name one at the moment. And how many of them are attractive? Again, I can’t name one… You see, Fifty Shades Of Grey is like a fairytale but for adults. Everything is too perfect to be real: from Christian Grey to Anastasia Steele.

Anastasia Steele Is Not A Heroine, She’s A Cliché

Now, a lot has been said already about Christian Grey. Let’s take a moment to talk about Anastasia Steele. What makes her special? Why is she the chosen “one”? Because the author decided to do so. Anastasia Steele is not a real person, she’s a male fantasy. Why? She’s dependent and not sexually experienced. In other words, she’s a “damsel in distress”. Although, a lot of men will never admit it, they like this type of female.

Once again, the story of Fifty Shades Of Grey is pretty much like any other fairytale: white knight saves the damsel in distress. Sometimes I see some big words like female empowerment being attached to the story and it couldn’t be more further away from the truth. There’s nothing empowering about a female that doesn’t know when she should eat. That’s what babies do… and it’s not sexy.

Christian Grey Is A Cliché Too

Women like Christian Grey because he’s a walking cliché. He has a lot of baggage. He had a rough start in life that made him pretty damaged… Now, I hate to say this but there’s a lot of women out there that love to “fix” guys. These women always think they’re the ones that are going to “change them”. Anastasia Steele is one them. To her, Christian Grey is like a wounded puppy that needs some TLC and she’s gonna give it to him!

As you can see, there’s nothing out of the ordinary about Christian Grey, other than his money and good looks. However, just like Anastasia Steele, Christian Grey is a fantasy. He’s the good-looking millionaire that falls for a pretty average girl. Now, I’m not sure if Anastasia Steele is supposed to be attractive or not. You see, she describes herself as a plain Jane, while to Christian she’s a “goddess”. So, I’m guessing she’s somewhere in between? Anyhow, the whole narrative of Fifty Shades Grey is very “convenient”. It’s like pure candy for the average female mind. 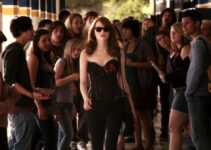 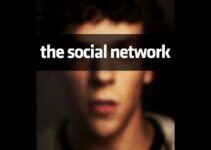 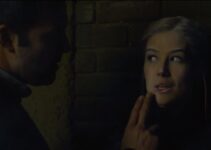