Directed by Gregg Araki, White Bird in a Blizzard is a 2014 drama mystery based on a novel of the same name written by Laura Kasischke. The film stars Shailene Woodley as Kat, Eva Green as Eve and Christopher Malone as Brock. Today’s post is solely based on the film, not the novel.

This post includes a brief plot summary, an explanation about the ending of White Bird in a Blizzard (2014) and a relationship analysis between Eve and Brock. Beware of spoilers.

The story follows a non-linear narrative alternating between past and present moments of Kat Connors.

When Kat was still a teenager, her mother (Eve) “vanished” without leaving any clues about her whereabouts. In her flashbacks, Kat describes her mother as a beautiful woman who was somehow unhappy with her mundane life in the suburbs. Apparently, Eve and her husband (Brock) were not doing great in their marriage.

The police starts to look into Eve’s disappearance. During this period, Kat’s boyfriend (Phil) seems rather distant. Therefore, Kat seeks solace in someone else’s arms: the leading detective of her mother’s case.

After a while, Kat graduates high school and goes to college. During her break, Kat goes back to her home town to visit her father and gather with some old friends (Beth and Mickey). Meanwhile, Brock introduces his new girlfriend to Kat and she seems okay with her father dating again.

When the young woman meets up with the detective again, the man shares with Kat an unsettling theory about her mother: he believes that Brock killed Eve. As a firm believer of her father’s innocence, Kat dismisses the detective’s words and leaves his apartment.

While drinking with her best friends, Kat tells them about the detective theory’s about her father killing Eve. To her surprise, Bess and Mickey agree but an incredulous Kat refuses to even consider the idea that her father might be a murderer.

Baffled with the recent events, Kat confronts her former boyfriend (Phil). She wants to know whether he was cheating on her with Eve. The young man denies Kat’s allegations and warns her that Brock is the one who knows where Eve is.

Once again, Kat has a recurring dream of seeing her mother covered in snow. Confused, Kat heads to the basement to open an old freezer. However, Brock walks in and stops her. Kat asks her father once again about Eve’s whereabouts and Brock says that he doesn’t know anything.

Before catching her flight, Kat says goodbye to her father and that would be the last time that she would ever see him. Shortly after her departure, a drunk Brock confesses to killing Eve. The police arrives and arrests Kat’s father.

After murdering his wife, Brock hid Eve’s body in the freezer. Kat’s father disposed of the body the night before his daughter tried to open it. The police wasn’t able to retrieve Eve’s body because it had already melt away. While in jail, Brock hung himself to death.

The film ends with a flashback of Eve catching Phil and Brock in their bedroom. The young man runs away and Eve starts laughing uncontrollably at Brock. To stop her, Brock chokes Eve to death.

White Bird in a Blizzard (Novel)

As the film unravels, it becomes more and more evident that something happened to Kat’s mother. The woman did not vanish out of her free will. Someone made her disappear…

In this case, the ending of White Bird in a Blizzard was a complete plot twist because Eve died in the hands of someone she knew. In addition, what’s even more shocking is that Kat’s ex-boyfriend knew the truth all along, but he was too much of a coward to come clean to Kat.

Although, it’s clear what happened to the mother (Eve), the ending of White Bird in a Blizzard still raises some questions. For instance, what was the motive behind it? Why did Brock kill his wife?

As the story unravels, it’s clear that Eve and Brock’s marriage was hanging by a thread / pretty much over but both were just too messed up to do something about it. Kat’s mother despises her husband and Brock seems to act as doormat to Eve’s temper tantrums. However, there is a little bit more than meets the eye.

In reality, Brock has quite a controlling personality and he’s insanely jealous. On the outside Brock might look like a pushover but he’s actually able to commit extreme acts of violence. The man once set fire to a neighbour’s trash can because he thought that individual was having an affair with his wife. That incident alone says a lot about Brock.

Eve’s life ended rather abruptly. All it took was a moment of rage from Brock to end Eve’s existence. So what did Eve do to Brock that led him to choke her to death? She laughed at him. Seeing Eve laughing at him in a uncontrollable manner sent Brock to the edge because she was hurting his pride as a man. As he couldn’t take it any more and also to regain control over the situation, Brock silences his wife by choking her to death.

In order to understand Eve and Brock’s relationship, it’s important to figure out who they are as individuals.

Our protagonist (Kat) describes her mother as a beautiful woman. However, as time passed by, Eve has become increasingly insecure about her looks. One could say that Eve is not very fond of growing old. On top of losing her youth, life didn’t go as planned for the former beauty queen.

Eve thought that marrying Brock would perhaps change her life for the better, but it didn’t. Instead, Eve is in a loveless marriage with someone that she despises (Brock). Therefore, she often takes her personal frustrations on Brock and their daughter.

When Eve is mean to Kat, that actually stems from her own insecurities. The mother detests the idea of growing old, while she watches her daughter slowly turning into a beautiful young adult.

In order to seek validation, Eve goes to extreme lengths and does the unthinkable. She tries to seduce her daughter’s boyfriend, but does not succeed. Phil is interested in someone else and to her surprise… it’s not Kat.

Kat’s father is not the “nice guy” that everybody thinks that he is. Actually, Brock is incredibly possessive towards his wife. During the investigation, the detective dug some more into Brock and Eve’s past and apparently, Brock is quite a violent individual.

Even with his current relationship, it’s sort of obvious that he exerts some type of control over his new girlfriend. Another instance of Brock’s controlling nature was his reaction to Kat and her friends trying to open the locked freezer. So, not only does Brock end Kat’s small gathering at the basement, but he also reminds his daughter that she needs to obey his rules, since she’s living under his roof.

Although on the outside, Brock seems to be a pushover, he’s actually a man with a big ego. That explains why he choked his wife to death. He just couldn’t stand the sight of Eve laughing at him, he felt too humiliated.

Why are Eve and Brock still married to each other?

First of all, how and why did these two people get together if they were so different? No one really knows, but one thing is for sure, Eve and Brock are definitely in a toxic relationship.

From Kat’s perspective, her father is just a wimp who is willing to do anything for his wife. During her flashbacks, Eve always appears as a cold individual who is mean to her husband and daughter. Although, Eve has a lot of narcissistic tendencies, she was also a victim.

Kat herself also wondered why her parents, especially Eve, was still with Brock, since she hated him so much. This is just a personal hunch, but I believe Eve was still with Brock, because she hasn’t figured out someone / something better for herself. Hence, her decision to stay in the marriage.

Now, if Brock was so in love / obsessed with Eve to point of being able to hurt others, why did he decided to have an affair with Phil? Here is another personal theory: after being constantly treated like a doormat by Eve, Brock was looking for an escape.

Having an affair with Phil was somehow “safe” and exciting (taboo aspect), because they were both in committed heterosexual relationships, so no one would ever suspect it. Eve eventually found out about it, but the word didn’t get around, because Brock killed her before she could do anything about it.

White Bird in a Blizzard is not perfect. It does not excel as a thriller, a drama nor a coming-of-age tale. The film is a mix of all the genres mentioned before. Nonetheless, its story will definitely leave an impression on the audience.

The premise of the film is really interesting, because it starts with Eve’s vanishing. That idea alone is already enticing enough to make viewers wonder about what really happened to that woman.

One of the aspects that I really like about the film is that it plays with idea that we never know who people really are. So Kat had spent most of life believing that her father was too “weak” to even hurt a fly. However, in the end, she finds out that not only did her father killed her mother, he also put her in the freezer (for years) and then buried her body somewhere else.

Our protagonist (Kat) is actually a victim of her parents’ toxic marriage. Both Eve and Brock failed their daughter.

There are some growing pains of being a teenager and Eve just made it worse for Kat. Although, it’s not clear whether Eve was aware of her behaviour, she definitely made Kat feel uncomfortable about her body and looks.

Brock on the other hand, left Kat without both of her parents. First he kills Kat’s mother, and then he takes his own life in prison. Although Brock loved his daughter, he was definitely selfish for not staying alive and paying for his actions.

Even though, Shailene Woodley is the leading actor of White Bird in a Blizzard, Eva Green was definitely the one who stole the show. Despite of having only a few scenes in the film, Eva Green definitely delivered a brilliant performance as a cold / beautiful housewife who felt stuck with her ordinary life in the suburbs.

White Bird in a Blizzard is more drama than it is thriller. However, that ending definitely blew my socks off because I was not expecting it at all. Some might not feel comfortable with the ending because it doesn’t provide a lot of closure for the viewers. However, who’s to say that endings need to provide a definite answer?

Personally, I thought the ending was quite adequate because it fits the idea that life is ephemeral, just like Kat’s mother, one minute ago she was there and the other she wasn’t any more. Overall, I believe that White Bird in a Blizzard is a very interesting watch. 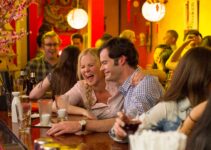 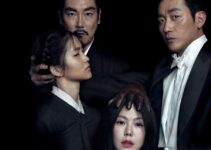 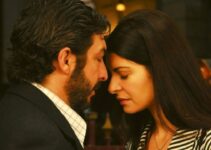