This post includes a brief plot summary, an explanation about the ending of the film The Skin I Live In / La Piel Que Habito (2011) and a brief character analysis of the two leads: Robert and Vera. Beware of spoilers.

The story is based on Thierry Jonquet’s novel Tarantula. Pedro Almodóvar is the director of The Skin I Live In and the film stars Antonio Banderas as Robert and Elena Anaya as Vera/Vicente.

The Skin I Live In –  Plot Summary

Robert is a successful plastic surgeon. His current interest? Developing an artificial skin that is resistant to burns and insects bites. During his research, he decided to test it on humans. Robert discloses this fact to a fellow researcher and they forbid him from continuing his experiments.

At his secluded estate, he keeps a young woman by the name of Vera captive. Due to the suspension of his experiments, he tells his trusted housekeeper Marilia to dismiss the other servants. While Robert is out, Zeca (Marilia’s son) reaches to his mother to seek refuge. He sees Vera on the security camera screens and demands to see her. However, Marilia refuses. Zeca forces her to give him the key to Vera’s room and then he gags her. When Zeca arrives to Vera’s room, he rapes her. Robert arrives and shoots at Zeca.

Gal, Zeca and The Accident

After the incident, Marilia reveals to Vera that Zeca and Robert are actually brothers from different men. Marilia’s employers were Robert’s adoptive parents, but she was the one who raised him. Over the years, Zeca and Robert started to take different life paths. Zeca started to live in the streets, while Robert went to medical school. During this time, he met a woman named Gal and he married her. Together they had a girl named Norma. When Zeca returned, he and Gal ran off together. However, a terrible car accident left Gal completely disfigured. At the time, Zeca flew off the scene, because he thought she was dead. Robert was the one who came to rescue her.

For months, the whole family lived in total darkness (without mirrors) due to Gal’s fragile state. One day, she hears Norma singing and while she was reaching to the window, she accidentally saw her reflection on it. The image left her horrified and she decides to take her own life by jumping from the window.

Norma, Vicente and The Night

Vera and Robert decide to spend the night together. He starts dreaming about the past, the night where he finds Norma unconscious on the ground. Robert was attending a wedding and decided to take his daughter with him. Norma’s mental health has suffered a lot since her mother’s suicide, she never actually recovered from watching her mother die in front of her. In addition, she was diagnosed with psychosis, hence the medication intake.

During that night, when Norma woke up after being unconscious, she associated the man (Robert) in front of her as the perpetrator, the one that raped her. After that, she started to develop a phobia against all men (including her own father). Due to her unstable mental state, Norma spends the next years in a mental health facility. In the end, she ends up killing herself the same way her mother did.

Vera has the same dream, but from the point of Vicente: a young man at the wedding. At the party, he meets Norma. They both engage in a friendly conversation and Vicente walks her into the garden. She takes her shoes off and some of her clothes off too. Vicente complements her and kisses her. While they were lying down and Vicente is on top of Norma, she starts screaming because she wasn’t ready for his sexual advances. Out of fear, he slaps her, which leaves Norma unconscious. Then, he puts her clothes back on and flees the scene.

Robert sees Vicente riding away with his motorbike and shortly after, he finds Norma unconscious. This is the moment, when Robert convinces himself that Vicente was the one who raped Norma. Fuelled by anger, he tracks down Vicente and kidnaps him. Later on, he performs a vaginoplasty on him. Over the period of six years he gradually transforms Vicente into a replica of his late wife. Robert was the one that named him Vera.

Robert and Vera are now together as a couple, but Marilia disapproves (she doesn’t trust her). One of Robert’s colleagues confronts him about Vicente. He saw him in a newspaper as a missing person. Robert denies it and Vera stands in to support him by saying that she always felt like a woman on the inside. Later on, while they were trying to have sex, Vera tells Robert that she still feels pain after Zeca’s rape. Under the pretext of getting some lubricant, she goes downstairs, finds Robert’s gun and hides it in her bag. When she arrives to the bedroom, she kills Robert with his own gun.

After hearing the loud noise, Marilia grabs her gun and barges in to Robert’s bedroom. Vera shoots her and Marilia confirms that she always knew about Vera’s true intentions. After the murders, Vera leaves the mansion to return to her mother’s dress shop. He tells to his lesbian ex-colleague Cristina what happened and his mother enters into the room.

Norma’s Rape – Did It Really Happen?

A girl like Norma cannot give consent. Why? Because she’s not mentally stable. She didn’t push Vicente away when he was kissing her, does that mean she liked him? Well, at that time, she didn’t see him as a threat to her safety. However, he faulted when he failed to read how uncomfortable Norma was to his sexual advances. Yes, it’s true that she didn’t do much up until the critical moment… But what did you expect from her? The poor girl watched her mother take her own life in front of her and she never really recovered from it. How assertive can she be? In addition, she takes tons of medication which can mess with her perception of reality. Yes, Vicente didn’t know about all that, but he could’ve backed off when she started to push him away.

Now, what’s Vicente’s part in all of this? If he didn’t rape her, then damn… According to him, he didn’t because he was too high to perform the act. Okay, let’s believe him for a minute. Still, he shouldn’t have forced himself onto Norma like he did. The boy was drown in lust when he saw a beautiful girl, but that’s not an excuse to be sexually aggressive. In addition, he also put himself in that situation. He shouldn’t have been high in the first place. Forget about Norma taking her shoes and clothes off in front of him. If he wasn’t high, he would’ve known that something was off with Norma.

So what’s the final verdict? Did the rape happen or not? Probably it didn’t happen because Norma started screaming and biting. She woke up believing that she was raped by the man in front of her. Having said that, her mental state definitely influenced her interpretation of the events. However, it would’ve happened if she didn’t react the way she did, since Vicente was incapable (at the time) of reading her body language.

The ending of The Skin I Live In is not necessarily ambiguous, but there’s still a lot to say about the characters and their motivations.

Did Vera / Vicente ever love Robert?

The answer is pretty straightforward: no. Vicente is a survivor, he’ll do anything to survive including seducing his kidnapper and torturer. He figured out that he can’t beat Robert by force. In addition, he won’t let him die. Therefore, seducing Robert is his last chance to get out of the “cage”. In the end, Vera cries before he shoots Robert. However, that doesn’t mean he grew feelings for him. It’s the end of a twisted cycle, Vera knows that killing Robert is the only way to end it.

Did Robert ever love Vera?

Robert doesn’t love Vera, he loves Gal. Love, obsession call it whatever you want. This man’s devotion to his late wife is unshakable. When she cheated on him with Zeca and ran away, he still found love in his heart to save her. He was the one that cared for her until she died, not Zeca.

Was Robert the bad guy in this story?

In my opinion, no. Robert is not a saint, but he’s not a person with a lot of malice in his heart. As I said before, he took care of his wife after the accident and never stopped looking for a way to “fix” her, hence his obsession with skin. Even when he kidnapped Vicente, he was always “cordial” during his interactions with him. He just a man who’s been through a lot, he lost in wife and daughter in less than a decade. So, I guess he’s grieving and angry.

Is Vicente a real victim in this story?

Vicente did suffer during this entire ordeal. However, he did ruin Norma’s life after that fateful night. Yes, he didn’t do it intentionally. However, that doesn’t really matter because a young woman is dead because of him. Yes, she had her own problems but if he was lucid at that night, he could’ve taken better decisions.

Pedro Almodóvar never disappoints and The Skin I Live In proves it again. The film is an experience itself. It has a haunting story that you’ll never forget. Is The Skin I Live In a love story? Hmm, it’s more like a tale of obsession.

The performances were all top notch, especially from its leads: Antonio Banderas as Robert and Elena Anaya as Vera. Another great aspect about The Skin I Live In? The film doesn’t really pick sides. Robert starts as a monster but in the end, viewers will be able to sympathize with his pain. Also, Vicente is not as innocent as we thought he was or he wanted us to believe. 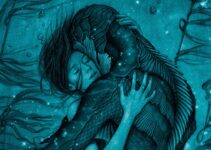 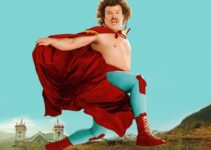 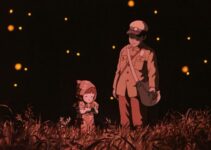